Princess Ifeoma Ezeji is Igbo.She is a student of English and Literary Studies in the University of Nigeria, Nsukka, Enugu state. Her works have appeared in Kahalari Review, The Shallow Tales Review, Atmosterrific and else where. When she&#39;s not writing, she&#39;s thinking of writing or beating herself for not writing. She is currently in love with God, dictionaries and peanuts. Find her on Twitter @ezeji_ifeoma. 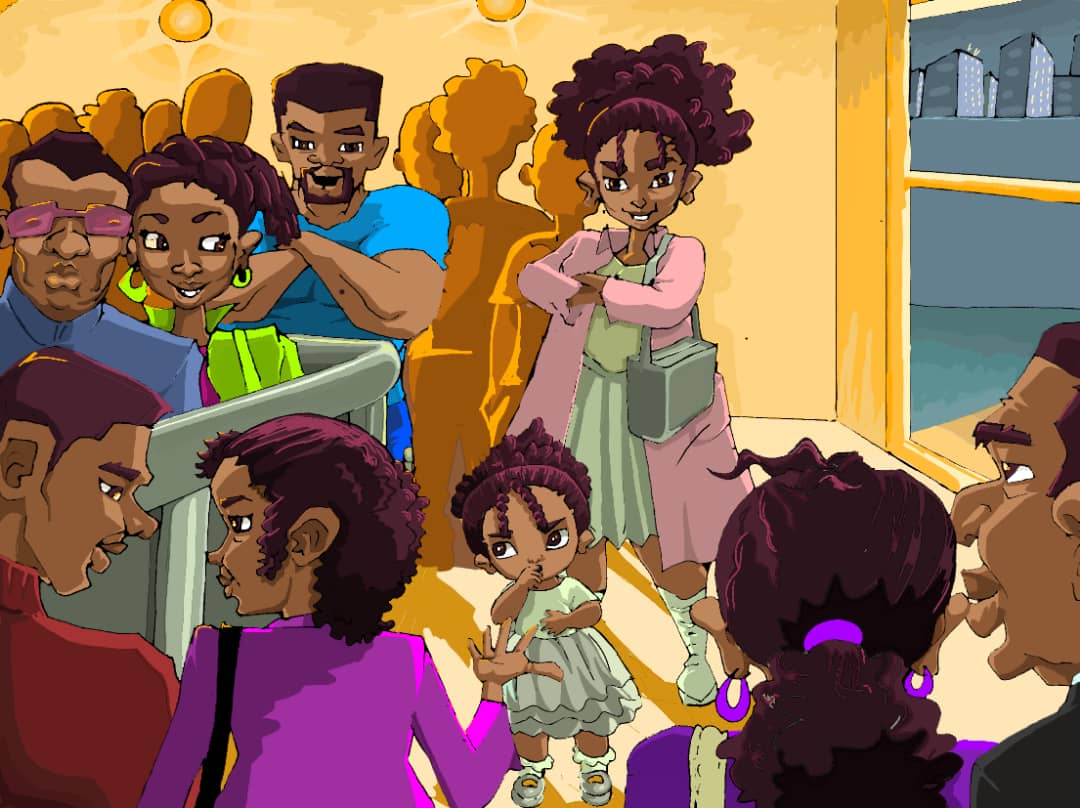 Princess Ifeoma Ezeji is Igbo.She is a student of English and Literary Studies in the University of Nigeria, Nsukka, Enugu state. Her works have appeared in Kahalari Review, The Shallow Tales Review, Atmosterrific and else where. When she&#39;s not writing, she&#39;s thinking of writing or beating herself for not writing. She is currently in love with God, dictionaries and peanuts. Find her on Twitter @ezeji_ifeoma.

Let’s ask us some questions.

I’ve been thinking. Why don’t we get to pick our parents? Why didn’t we get the chance to look down from the clouds and shop?

‘No, I don’t like these ones. The man has a long nose. I don’t want a daddy with a big nose. And worse, I could get a big nose.’

‘And no, not these ones either. They’re not wealthy enough. Do not say anything. I am not vain or anything. They wouldn’t take care of me, well enough. They live in this sort of place. Swampy slum. They wouldn’t give security. I’m a girl. I need security. I’m not supposed to be in a place like this. A place filled with weed-battered ruffians. They have cocaine up to their eyeballs. What if I get killed in one of their crazy fights? Moreover, the woman is too dark skinned. The man is only half-a-shade lighter than she is. I want a lighter tone. Come on, these are good reasons.’

‘Uhn uhn, definitely not these ones! They wouldn’t even kiss me goodnight. I want parents who would kiss me softly, tuck me into bed, turn off the lamp, and then gently close the door behind them. I want pampering jor. Yes, they live comfortably. They live in a rented flat, in a pretty decent area. But I will not chop decent. I want tender loving care.’

Wouldn’t it be nice if we all got to choose? And wait. Before you start with the ‘God knows why He gave you your parents’ sermon, listen to my side of the story. Abeg.  I’m not saying I don’t like my parents. Do not misconstrue me. I love them. Who wouldn’t love them?

First of all, they are Nigerians. Who wouldn’t be happy to be Nigerian? I am totally enthralled to be a privileged citizen of a country that works perfectly well. A country that benevolently keeps me in conditions that make me stronger and tougher, tough enough to face more challenges. And yes, they manufacture these more challenges themselves. They have factories, beautifully built factories with screaming billboards, that cook up these challenges. These factories are even celebrated. Why? The good book states clearly in red ‘In this world, you shall have tribulation−.‘ So. Tribulation. Always. Comes. Always.

I think I’ve dragged the Nigeria part a little longer than necessary. So, they are the reason I'm Nigerian and I love them. Simple. Let’s proceed, biko.

Second of all, my mummy and daddy are good guys. They work as hard and honestly as they can to provide for me and my siblings. They try. At least, we eat, we don't go around naked, we sleep in a house and we go to school. And that, according to the UN or WHO or whoever, is basically enough.

So now I guess you're asking: 'Then why then, why then has she been blabbing about wanting different parents?'

I’ll answer you. Firstly, I never said I wanted different parents. I just asked: 'Wouldn't it be nice if we got to choose?' Secondly, you just need patience. I'll tell you why I would have loved to choose.

I'M SERIOUSLY INTO PDA! Yes. Yes. Yes, a million times. Do not judge me. The good book says you shouldn’t judge me. Do not try it. Yes, that's my reason. I want Physical Displays of Affection. To be specific, I want it from my parents.

I want everything and anything PDA. I want my mummy to look into my  eyes, her own  eyes filled with awe, and say something like: 'You're so beautiful. I can't believe you came out of me. I really love you.' Wow. Okay, this is a little over the top. But it happens. You don't see it on TV? I want my daddy to see me asleep in the living room and pick me up, yeah PICK ME UP, and tuck me nicely in my bed, kiss me and say a proper 'good night baby, I love you.' Come on, this is life. Okay, what about my mummy holding my hands while we struggle through the crowd in Ekeonuwa market? This is the simplest way, I can think of, to tell the world: 'this is my daughter and I love her.'

Growing up, I didn't see much lovey dovey. I saw lovey dovey on the TV, in movies and it thrilled me.  Your mum or dad would wake you up with a kiss and a hug. You would eat breakfast and hop into the car. She would drop you off at the school gate, blow you a kiss and tell you she loves you. You would say: 'I love you too', wave at her and run off. That is coooool. You don’t think it’s cool? I do. My heart thumped in a different kind of way each time I saw those soaps.

Now let's see mine.  My mummy would scream my name from the dinning. Daddy might even ring his cursed bell too. What on earth would make a daddy wake his children with the loud brrrrng brrrrng of a bell? What ever happened to kisses and hugs, or even a little 'good morning my angels'? Then it would be time for morning devotion. I would sigh and curl into a tighter ball on my bed. I would sleep a little before a slap would land on my behind.

‘How many hours would you sleep?’ My mother would always ask. 'This would be the last time you would try this nonsense. Come out, let’s pray.’

Our little sleepy feet would lead us to the dinning. We would hang on the large chairs, singing and clapping and murmuring half-hearted amens. If you're caught dozing and you're lucky, you'll stand. If you're unlucky, you'll get slapped.

Then the struggle of preparing for school would follow. The screams and scolding. Sometimes slaps− slaps, hard enough to knock you out. Missing socks, shoes, school books. Then, the squabble over breakfast. Our eventual squeezing into our Audi 80 1995 model and our journey to school punctuated with terrible traffic. We would get to the school and instead of kisses and hugs, I got instructions.

‘Hold your brother, Hold him!’

‘Make sure you guys stay together after school. I don’t want to look for anyone.’ Many times, no goodbye would follow. Just the sound of the car driving off.

So, I grew up thinking that parents acting all tough in front of their children was an African thing. Come on, I never saw real life exchange of I love yous or kisses and hugs between parents and children. I saw it on TV shows and movies. When it was Hollywood, it was natural. When it was Nollywood, it was just play acting. The only public exchange between parents and their kids I ever witnessed were times a child would misbehave in public and the mother would whack their face immediately. Parents only kissed their children if they were babies. They would kiss and hug and almost smother them with affection.  Once you were big enough to say mummy, boom, it stopped. The affection would naturally be passed to the next baby after you. Nobody go get your time again. Or so I thought.

Well, I recently discovered it has nothing to do with being African. A friend of mine was on the phone with her mum and then ended the call sweetly with I love you too. I turned and stared. I quickly waved it off. Her parents were wealthy, that’s why she’s acting like the Oyinbos.  But a roommate proved me wrong. This time she said the ‘I love you too’ and did the virtual kiss. Then I heard another friend. What is happening here? I would be on the phone with my dad and it would end with an almost awkward bye. My mum would call and it would end with: ‘My airtime is finishing, biko’ What was that?

One of those days, I got comfortable enough to confront my mummy. I really can't say what we were talking about before then. I just remember I was with her in the bedroom she shared with my daddy. Many things pointed out it was the right time to say something. For one, I was on their bed. It was something she didn't let us do because it was disrespectful- or something like that- to mess with your parent's bed. So, it felt right to speak up.

‘You know you’ve never told me you love me.’

The woman looked at me. Then she laughed. I wasn't prepared for what she said next.

‘That’s because I hate you.’

She said it again. ‘And I said it’s because I hate you.’ End of story. I didn’t bring it up again.

If I had the opportunity to choose my parents, why wouldn’t I pick the ones that would smother me with kisses and I love yous?

It is just a question, please. And do I have to repeat it? Do not judge me. 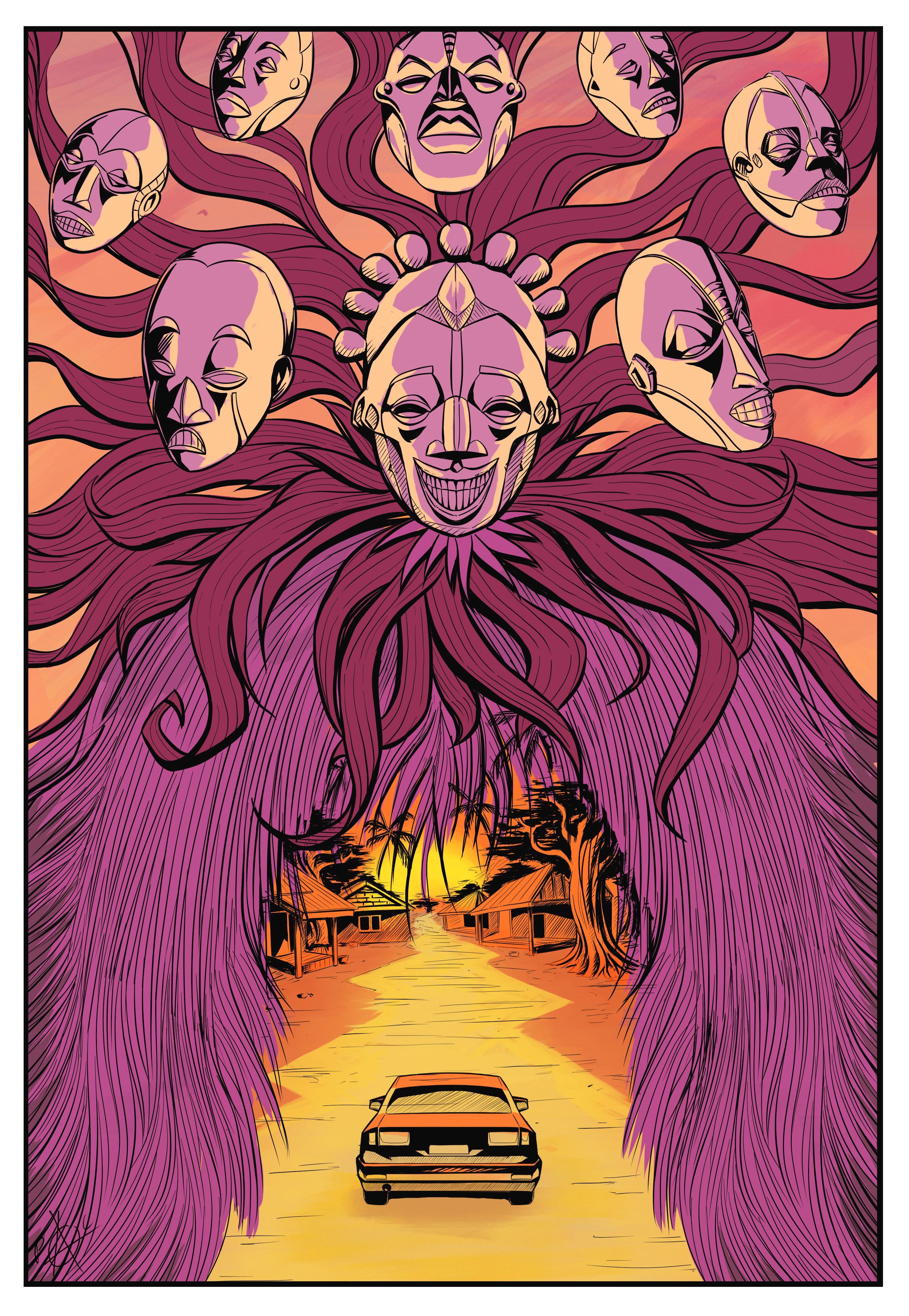 We’re Strangers in This Land

It stops us. It stands in front of the taxi and shakes its raffia attire. I’m seated at the backseat, left-side window of the taxi, and I put my head out the window and see an endless number of masquerades stretched down the road, all of them donning wooden white masks punctured with holes

First of all, they are Nigerians. Who wouldn’t be happy to be Nigerian? I am totally enthralled to be a privileged citizen of a country that works perfectly well. 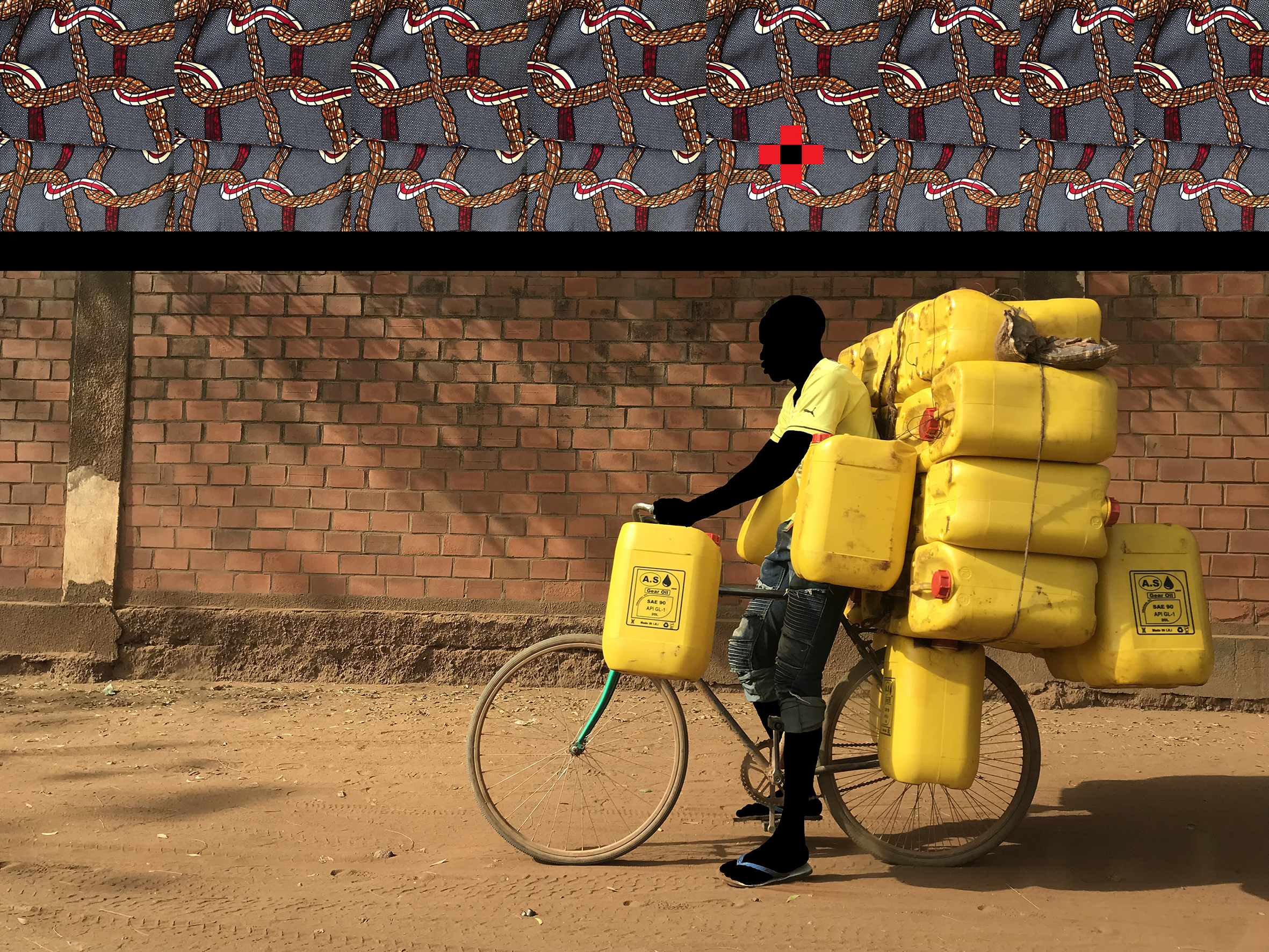 I am leaving Nigeria for the first time and Lagos is that last rehearsal before my final departure. Lagos does not pretend to be anything else or care that I have been journeying since morning on a slow moving bus from Nsukka. Even at 9 pm, it bristles with sizzling energy in the twinkling dark. 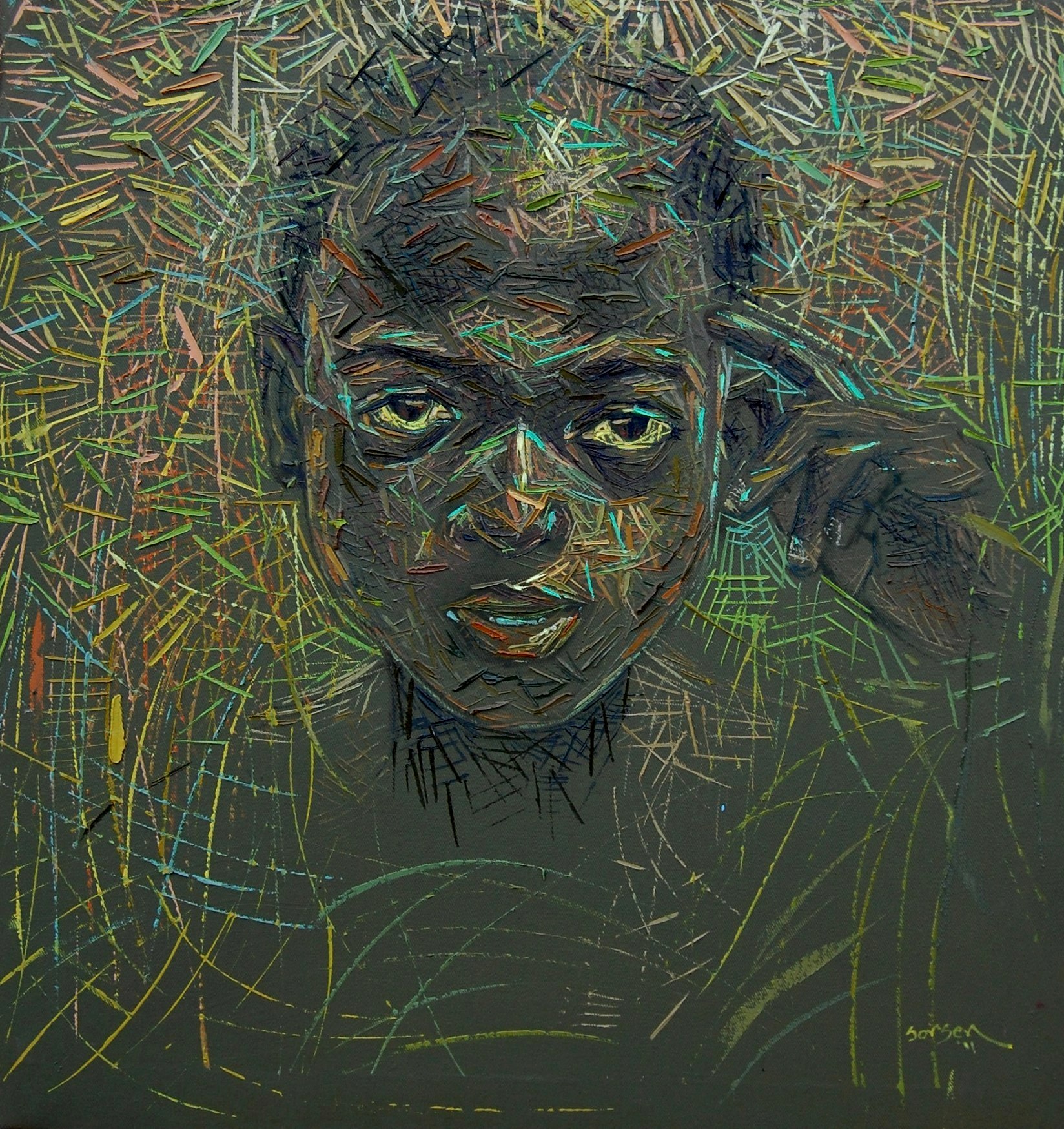 Our Parents Are Killing Us

I read that it takes at least 25 years for the human brain to fully develop. Exactly when and where I picked up this information has become unclear. All through my secondary and tertiary education, I had always thought of myself as having a good perception of the world around me. 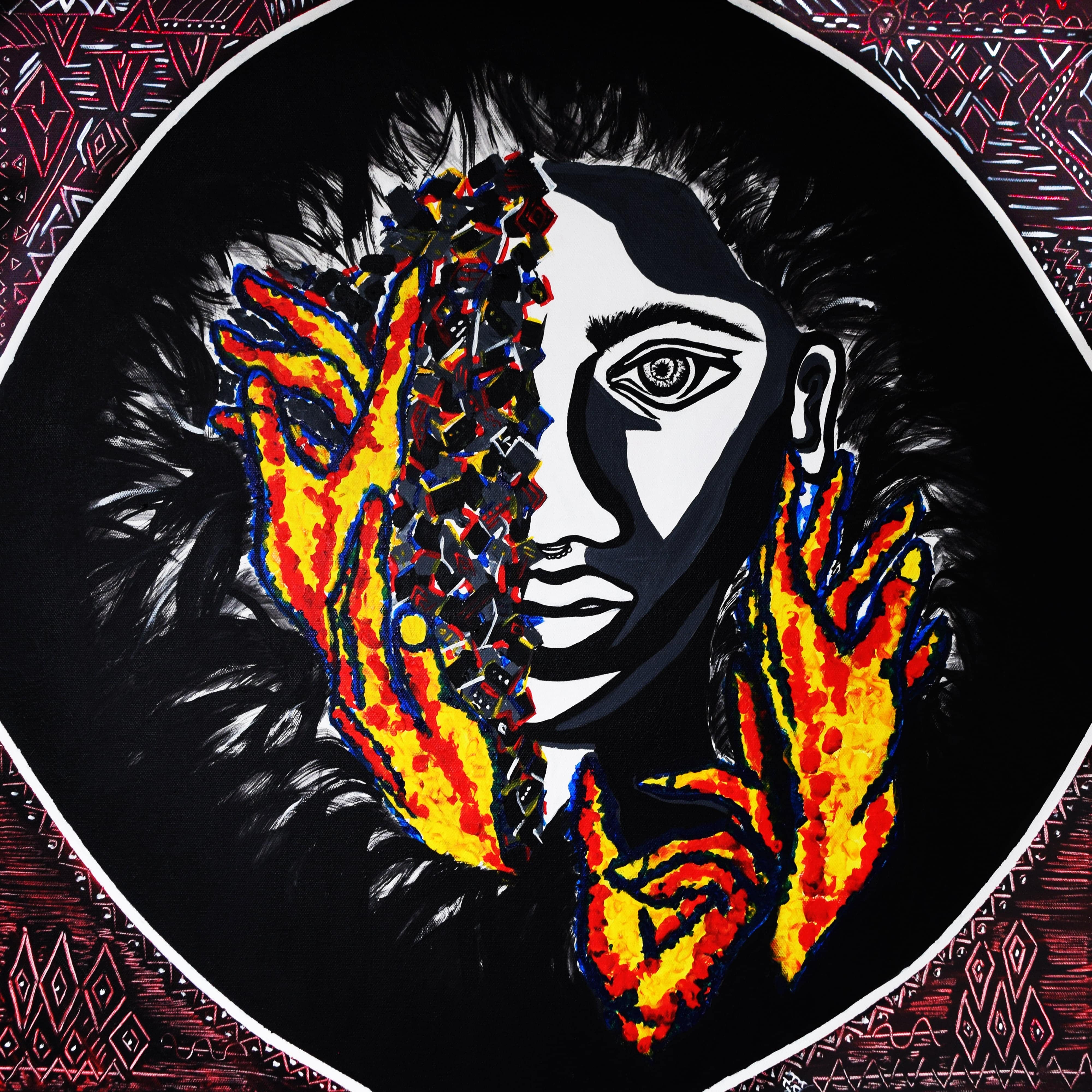 Students became detectives. They were assigned by senior prefects to catch anyone whose mother tongue rolled out of her mouth like a broken secret. Names were secretly written. 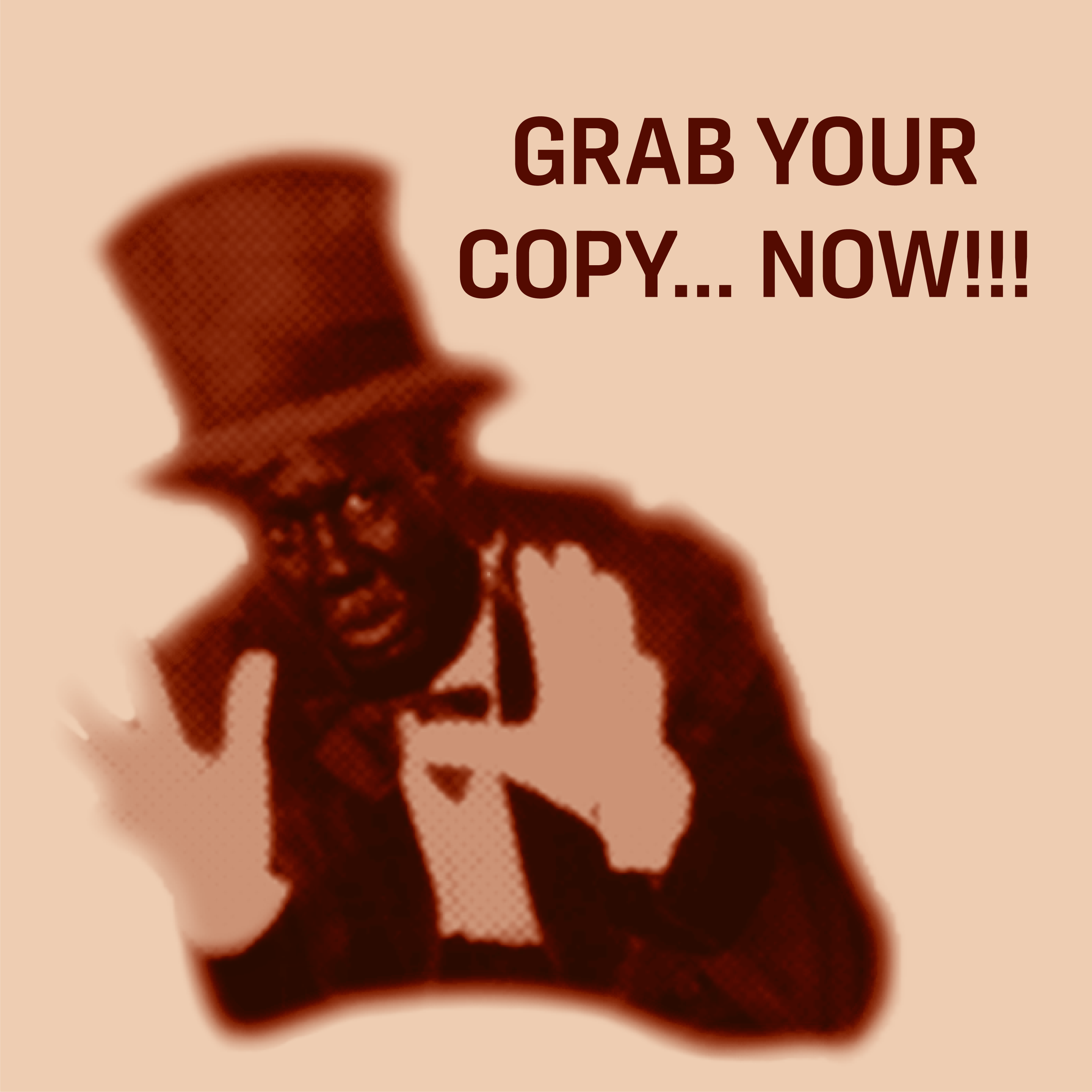 Curious if anyone else had made the connection, I googled the key words ‘Baba Suwe’ and ‘blackface’— the results are more Baba Suwe than blackface, saying something by itself. Especially when compared to what you find when you google ‘Stepin Fetchit’ and ‘coon’.